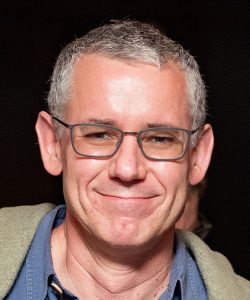 Brad Postle is a cognitive neuroscientist whose research foci are attention, short-term memory (a.k.a. working memory), and consciousness. Postle earned his PhD in Systems Neuroscience from MIT in 1997. His doctoral research, in the laboratory of Suzanne Corkin, emphasized experimental neuropsychology studies of working memory and nondeclarative memory in a variety of neurological patient groups, including Alzheimer’s disease, Parkinson’s disease, and anterograde amnesics (the latter including the renowned patient H.M.). Postle next obtained postdoctoral training in functional magnetic resonance imaging (fMRI) methods at the Dept. of Neurology of the University of Pennsylvania, under the supervision of Mark D’Esposito. He joined the faculty of the Dept. of Psychology at the UW–Madison in 2000, and was granted an appointment on the Executive Committee of the Dept. of Psychiatry in 2008. He is also a trainer in the Neuroscience Training Program and the Medical Scientist Training Program. Postle’s research group is based at WisPIC, where it uses the MRI facilities of the Lane Neuromaging Laboratory, as well as shared space with the Wisconsin Laboratory for Sleep and Consciousness for carrying out research with electroencephalography (EEG), transcranial magnetic stimulation (TMS), and transcranial current stimulation (tACS and tDCS), sometimes in combination. Although the majority of the Postle lab’s research, funded by the National Institute of Mental Health, is carried out with healthy young adult research subjects, the cognitive functions that they study are implicated in many psychopathologies and psychiatric disorders, including attention deficit hyperactivity disorder, depression, and schizophrenia. In addition to his research, Postle also teaches undergraduate and graduate courses through the Dept. of Psychology, and contributes to Dept. of Psychiatry courses for medical students. He is author of the 2015 textbook Essentials of Cognitive Neuroscience.