Director of the Wisconsin Institute for Sleep and Consciousness, Professor (Tenure Track)

Dr. Tononi's work involved the development of a comprehensive hypothesis about the function of sleep: the synaptic homeostasis hypothesis (SHY) 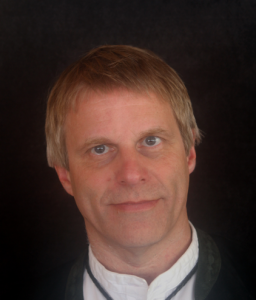 Giulio Tononi received his medical degree from the University of Pisa, Italy, where he specialized in Psychiatry. After serving as a medical officer in the Army, he obtained a Ph.D. in neuroscience as a fellow of the Scuola Superiore for his work on sleep regulation. From 1990 to 2000, he was a member of The Neurosciences Institute, first in New York and then in San Diego. He is currently Professor of Psychiatry, Distinguished Professor in Consciousness Science, the David P. White Chair in Sleep Medicine at the University of Wisconsin–Madison, and the Director of the Wisconsin Institute for Sleep and Consciousness. In 2005 he received the NIH Director’s Pioneer Award for his work on sleep. His laboratory studies consciousness and its disorders as well as the mechanisms and functions of sleep.

Dr. Tononi’s main contribution in the study of sleep has been the development of a comprehensive hypothesis about the function of sleep, the synaptic homeostasis hypothesis. According to the hypothesis, sleep serves to renormalize synaptic strength, counterbalancing a net increase of synaptic strength due to plasticity during wakefulness. On the basis of the synaptic homeostasis hypothesis, Dr. Tononi and his long-term collaborator Dr. Chiara Cirelli have shown (using molecular and electrophysiological markers in both invertebrates, rodents, and humans) that synaptic strength does in fact increase during wake and decrease during sleep in much of the brain. Moreover, using a combination of genetic, molecular, and electrophysiological approaches, they have found that sleep need is increased by the amount of plastic changes during wake and that sleep can be induced on a local basis by learning and plasticity. Studies in humans also show that sleep slow waves are important for brain restoration and performance enhancements, with implications for the understanding of sleep disorders (e.g., parasomnias), the neurobiology of mood disorders, and the beneficial effects of sleep deprivation on depression. Dr. Tononi’s laboratory has also demonstrated that patients with schizophrenia show a characteristic reduction of sleep spindles—a hallmark of the sleep EEG—pointing to an impairment of a specific region of the thalamus that could account for many of the symptoms.

Dr. Tononi’s main contribution in the study of consciousness has been the development of the integrated information theory. This is a comprehensive theory of what consciousness is, what determines its quantity and quality, and how it emerges from causal structures such as neural networks. The theory provides a parsimonious account of many neuropsychological observations, among them why certain parts of the brain give rise to experience and others do not, why consciousness vanishes during slow wave sleep and seizures despite continuing neural activity, and how unconscious processes interact with conscious ones. The theory has implications for the unfolding of consciousness across development and phylogeny, and predicts which ingredients are necessary and sufficient to construct sentient machines.

On the basis of the integrated information theory, Dr. Tononi and collaborators have:

In several recent experiments, Dr. Tononi and collaborators have shown that the loss of consciousness during slow waves sleep, general anesthesia, and vegetative states is associated with a breakdown of information integration, as predicted by the theory. These approaches may provide an objective marker to evaluate the presence of consciousness and guide rehabilitation and treatment in non-communicating patients.