Dr. Cirelli’s research is aimed at investigating the fundamental mechanisms of sleep regulation by using a combination of molecular and genetic approaches. 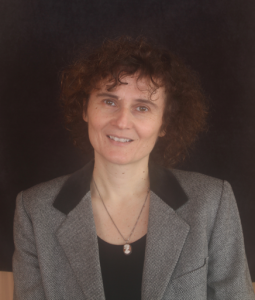 Chiara Cirelli received her medical degree and Ph.D. in Neuroscience from the University of Pisa, Italy, where she began her investigation of the molecular correlates of sleep and wakefulness and the role of the noradrenergic system in sleep regulation. She continued this work at the Neuroscience Institute in San Diego, California as a fellow in experimental neuroscience, and subsequently at the University of Wisconsin–Madison, where she has been a Professor in the Department of Psychiatry since 2001.

Dr. Cirelli’s research is aimed at investigating the fundamental mechanisms of sleep regulation by using a combination of molecular and genetic approaches. By performing whole-genome expression profiling studies in different species her laboratory has characterized hundreds of genes whose expression changes in neurons and glial cells in sleep relative to wakefulness. This analysis has identified specific cellular processes that are favored by sleep and impaired by sleep deprivation. In a second, complementary approach Dr. Cirelli’s laboratory has been performing a large-scale mutagenesis screening for sleep phenotypes in Drosophila. Several mutant fly lines that have much reduced sleep or are resistant to sleep deprivation have been found. The characterization of the genes mutated in these lines has identified key cellular pathways involved in the regulatory mechanisms of sleep and its functional consequences. Overall, these molecular and genetic studies have shown that sleep need is strongly related to experience-dependent plasticity during wake.

Together with her long-term collaborator, Dr. Giulio Tononi, Dr. Cirelli has developed a comprehensive hypothesis about the function of sleep, the synaptic homeostasis hypothesis, according to which sleep serves to renormalize synaptic strength, counterbalancing a net increase of synaptic strength due to plasticity during wakefulness. Without sleep, such progressive increase in synaptic strength would lead to unsustainable costs in terms of energy, space and cellular supplies, would reduce the informativeness of neuronal signals, and would prevent further learning by bringing stronger synapses closer to their level of saturation. In short, according to this hypothesis sleep is the price to pay for brain plasticity during wakefulness.

The synaptic homeostasis hypothesis is being tested at different levels, using electrophysiological and behavioral experiments in humans, in vitro studies in cortical slices, electron microscopy experiments in flies and mice, and fMRI and DTI experiments in humans. Overall, these experiments confirm that wake is associated with net synaptic potentiation, whereas sleep favors global synaptic renormalization, thereby helping to preserve an overall balance of synaptic strength. Current experiments in transgenic flies and mice use confocal and repeated in vivo two-photon microscopy and block-face scanning electron microscopy to confirm that an essential function of sleep is to promote a homeostatic reduction in synaptic strength. Other experiments are also testing whether lack of sleep, especially during adolescence, may have long-term consequences for the functional and anatomical connectivity of the brain.