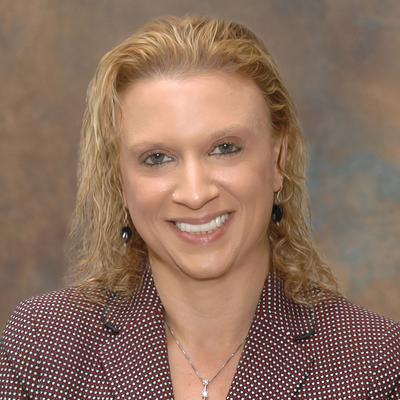 Neuropharmacology of Bipolar Disorder in Youth

Melissa Delbello, MD, MS, has served as professor and chair of the Department of Psychiatry and Behavioral Neuroscience since 2014. She joined the University of Cincinnati College of Medicine faculty in 2000 as an assistant professor of psychiatry and pediatrics. Dr. DelBello has served in several leadership roles in the Department of Psychiatry and Behavioral Neuroscience, including vice chair of clinical research since 2007 and co-director of the Division of Bipolar Disorders Research since 2004. She has also been co-director of the Mood Disorders Center at the UC Gardner Neuroscience Institute. A nationally recognized expert on child and adolescent mood disorders, Dr. DelBello has lectured and published extensively on bipolar disorder and served as principal or co-investigator of several NIH grants. She has been a member of the Neural Basis of Psychopathology, Addictions and Sleep Disorders Study Section of the Center for Scientific Review at the National Institutes of Health since 2009, most recently serving as chairperson for a term running from July 2012 through June 2014. Since 2012 she has chaired the Research Committee of the American Academy of Child and Adolescent Psychiatry. At UC Medical Center, she has served as medical director of the Resident Mood Medication Clinic since its launch in September 2013. She is co-director of the Mood Disorders Program at Cincinnati Children’s Hospital Medical Center. Dr. DelBello is a fellow of the American Academy of Child and Adolescent Psychiatry and also holds membership in the American Psychiatric Association, International Society for Bipolar Disorders and American College of Neuropsychopharmacology. A native of New York City, Dr. DelBello received her bachelor of science degree with honors from Cornell University and her medical degree with honors from the University of Rochester School of Medicine. She completed residencies in psychiatry at Cornell Medical Center (1995-96) and the UC College of Medicine (1996-98). In addition, she holds a master’s in epidemiology and biostatistics from UC.

The University of Wisconsin-Madison ICEP designates this live activity for a maximum of 1.0 AMA PRA Category 1 Credit(s)TM.  Physicians should claim only the credit commensurate with the extent of their participation in the activity.