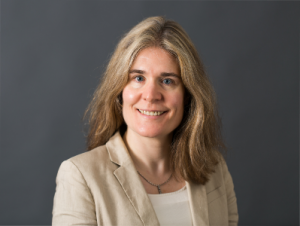 Mary Phillips, MD, MD is the Pittsburgh Foundation-Emmerling Endowed Chair in psychotic Disorders, and Professor in Psychiatry and Clinical and Translational Science in the University of Pittsburgh. She heads the Clinical and Translational Affective Neuroscience Program in the Department of Psychiatry at the University of Pittsburgh. Dr. Phillips’ research focuses on using multimodal neuroimaging techniques to elucidate functional and structural abnormalities in emotion processing, reward processing and emotional regulation circuitries that are associated with specific psychiatric disorders, and symptom dimensions in individuals with mood and anxiety disorders. Her research also focuses on identifying the neurodevelopmental trajectories in these circuitries that are associated with the development of such disorders in youth and infants, and the extent to which these neuroimaging techniques can identity biomarkers reflecting underlying pathophysiologic processes that denote future risk for these disorders in as yet unaffected youth. Her more recent work examines how neuromodulation techniques can be targeted on identified neural biomarkers of mood disorders, as a step toward developing new interventions for individuals with these disorders. She works in collaboration with basic neuroscientists in translational studies of neural circuitry abnormalities in these disorders.

Dr. Phillips has received research funding awards from the National Institute of Mental Health and the Brain and Behavior Research Foundation in the U.S., and the Medical Research Council and the Wellcome Trust in the UK. Dr. Phillips has mentored over 60 junior investigators, including being mentor to 11 K awardees, has extensive national and international collaborations, and has authored or co-authored more than 300 publications.