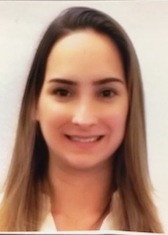 Dr. Andressa (Deka) Medrado is from Rio de Janeiro Brazil.  She attended undergraduate and medical school at the Universidade Federal Fluminese.  There she received the State of Rio de Janeiro Scholarship, and the Secretary of Health, 2012 which is a scholarship during medical school to start working under supervision at the Intensive Care Unit of Azevedo Lima Hospital. While in medical school, she rotated in a remote area of Brazil, where she helped care for many women, including delivering babies; after graduation, she’s worked in a general ICU and obstetrical ICU in Rio de Janeiro. She also has extensive experience in the U.S., including at the University of Rochester, Brown University, and the Adult Correctional Institute of Rhode Island. Her journey to Madison began with a chance encounter. While waiting for a delayed flight at O’Hare she met a child psychiatrist from Madison and they struck up a conversation that led to a friendship and her application to our program. She loves to explore new restaurants in Madison and her hobbies include reading, going to yoga classes, traveling and outdoor activities. She is also trying to learn to cook and so far has made really good brigadeiros (a Brazilian chocolate dessert). She speaks Portuguese and Spanish.  Deka is a member of the Public Health Track and is completing rural rotations during residency.